This week I had the pleasure to attend the UK National VMUG event 2015 at the National Motorcycle Museum.  Those that know VMware will know about the VMware User Group (VMUG) communities that are run by end users of the technology and supported by VMware and VMware partners.

Obligatory kittens and chickens for all

The overall theme of the keynote and of the sessions I attended was change is here, but that IT operations and the vendors that support them are struggling to keep up.

In his keynote address, VMware CTO Joe Baguley highlighted the rise of Docker as supporting the predictions he made a couple of years ago in his famous ‘kittens and chickens’ speech.  Some may know the theory as cattle and pets which was written by Randy Bias, currently at  EMC and Openstack. 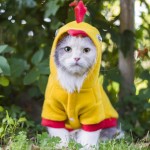 Joe contended that the rise of Docker is the result of developers finding ways to build hyper scalable solutions (chickens) using an API consumable infrastructure platform in a way that current IT Operations guys cannot deliver, as they are still managing rigid infrastructure platforms that need TLC (like kittens, not the girl band). 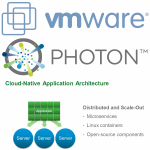 At last years VMUG and at the 2014 VMworld VMware announced initiatives around making Docker a first class citizen in the hypervisor.  This year VMware were able to talk about the fruit of their labours and it is impressive to see how much work and resulting products have been delivered in the space of 12 months.  I’m going to write a follow up blog post on the VMware efforts in this areas as I think they are worth more focus.

Another bit of the keynote that really struck a chord was around Gartner Bi-Modal IT.  I’ve discussed Bi-Modal a lot with colleagues and technology partners and I’ve been mostly won over by the argument.  I work in enterprise IT so I can see how rigid and slow it is and I too have a marketing team that want to move quicker (or at the speed of the customer in marketingese).  I get this and I see the tension it creates.  Bi-Modal describes a second faster speed of IT that is more accepting of risk and failure and iterates products more quickly.  However, this stores up issues for the future, as transitioning the products that ‘stick’ into production is difficult as the processes in type 2 development tend to be more iterative and fluid.  DevOps is an attempt at developing a culture to reduce this friction point, however Joe pointed to work done by Simon Wardley, the chap that brought us Wardley Mapping (value stream mapping).  He has long been a proponent of a tri-modal model he suggests helps to bridge the gap between pioneers doing the exciting type 2 work and the city planners doing the well-defined and well understood work type 1 stuff.  He introduces a third part to the piece – the settlers.  They take the work done by the pioneers and look to productionise it to the point where it becomes utility and can be managed by the city planners.  When we talk about DevOps, for me the Ops bit it refers to is this Settler type role before you transition it into your traditional ITIL based service desk area.  Interesting stuff!  Check out the links below for more information on Simons blog:

I attended a session by Josh Atwell from Solidfire about automation in the data center, a great talk.  He’s a very, very experienced guy with a wealth of knowledge in the area and a prolific blogger and author.  I actually bought the book he co-wrote a couple of weeks ago called DevOps for VMware Administrators and it’s a great starter to help Ops people get a familiarity with what DevOps and DevOps tooling is all about.  Highly recommended from me. 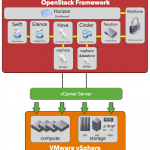 I spent some time in sessions about OpenStack by Eric Wright of VMTurbo (another great speaker and blogger.  Again – highly recommend you watch a session with him if you get a chance).  Also saw a session by Andy Jenkins and Robbie Jerrom of VMware about Project Photon (Containers in vSphere) and cloud native apps.  I’m going to cover both these topics in future blogs so I won’t go into detail here, but I was really gee’ed up and excited to start to work out how these technologies can benefit us.  Its great to see all the innovation in this area.

Just to round off I thought I’d mention that Joe mentioned an interesting statistic in his keynote.  At last week’s Garter Symposium some results were released based on their EMEA CIO opinion survey and the top companies that CIOs believed were helping them through digital transformations.  VMware came out at number 5 with Apple, Google, Salesforce and Amazon just ahead of them.  This is a great achievement and highlights a lot of companies see the innovation of the core infrastructure as important to delivering digital transformation, as the customer facing social pieces.